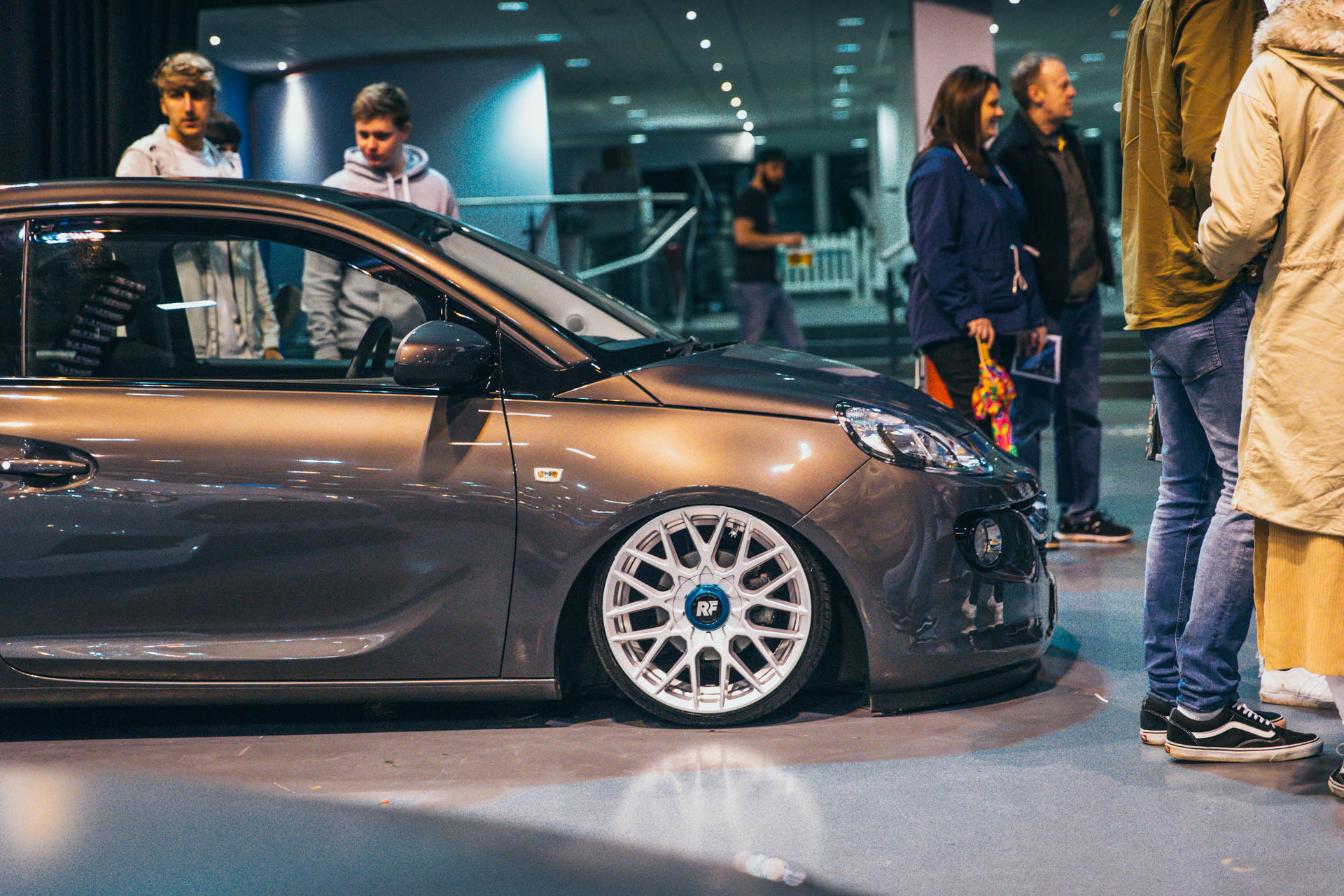 You know what we love the most about the tuning scene? All the thinking outside the box.

At a show like Ultimate Dubs, it’s very easy to become accustomed to a certain style of tuning. While there’s absolutely nothing wrong with this (it is your car after all), it’s equally as refreshing to see something a little bit different on display too, and Dwayne Thompson’s Vauxhall Adam is the perfect example of this. 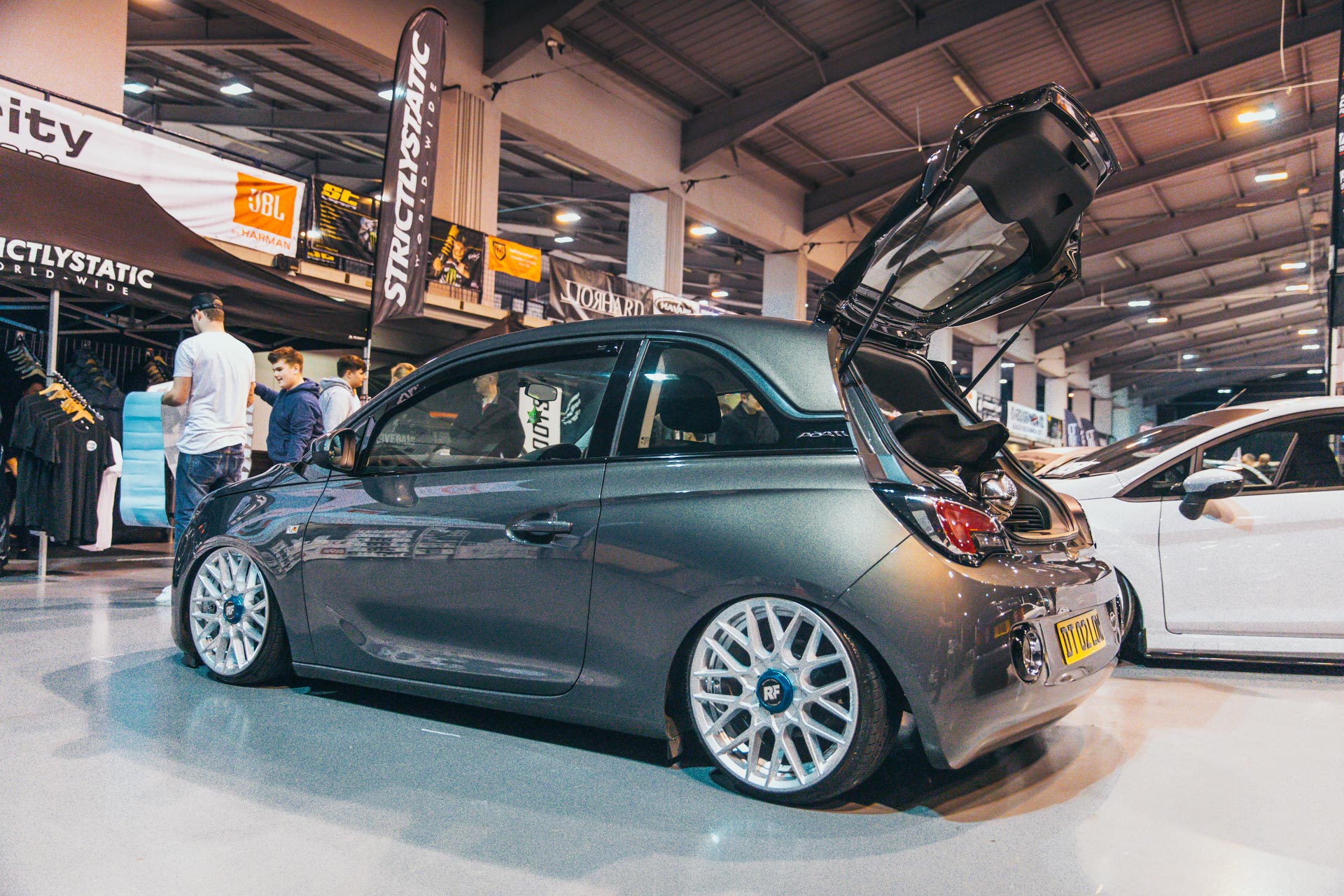 For those outside of Europe and unaware of the Vauxhall Adam (yup, it’s really called that), it’s a city car designed to go head-to-head with rivals like the Fiat 500 and Toyota iQ. What it lacks in overall size it makes up for with style and, weighing just 2300lbs with a punchy 1.4-litre turbo’d motor up front, it’s the perfect micro-machine for blasting around city streets. 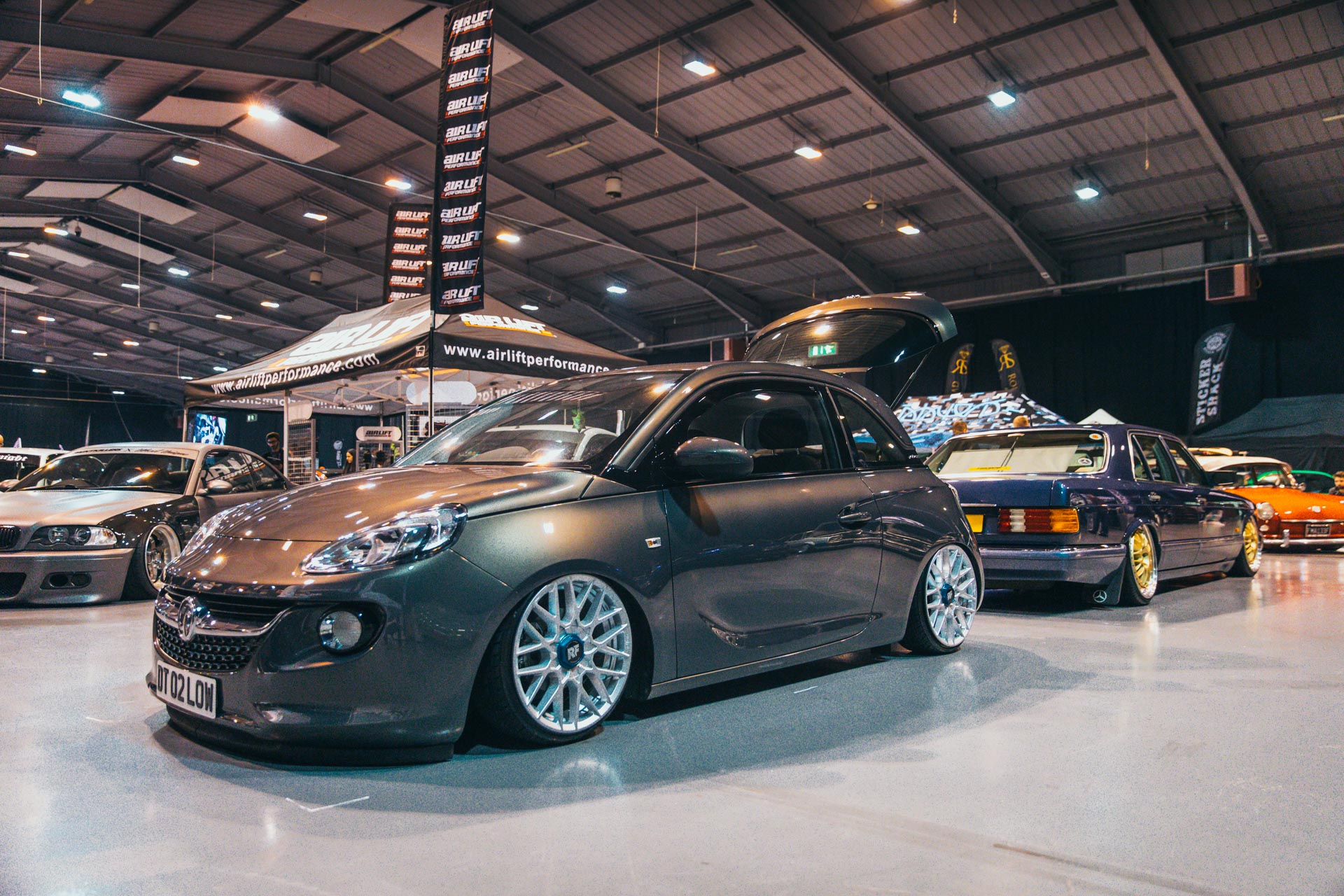 Air Lift Performance may not currently produce an off-the-shelf kit for the Vauxhall Adam, but with a little help from Phil @ The Install Company and a selection of Air Lift universal parts, Dwane was able to get the Adam slammed to the ground in no time. 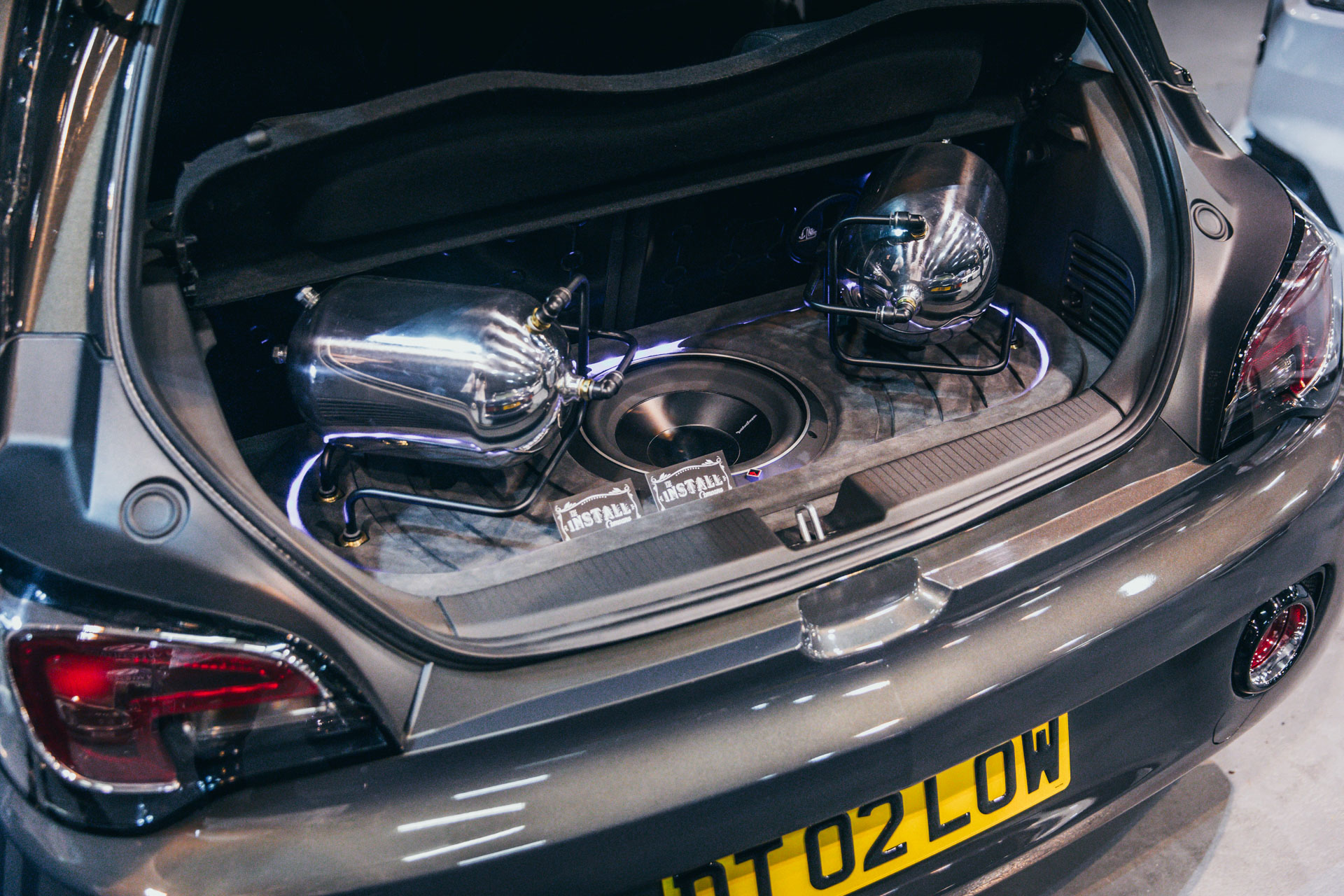 Rather than hide the setup, Dwane and the guys at The Install Company created a bespoke boot install consisting of two air tanks, a centrally-mounted subwoofer and hard lines used throughout the build – all controlled using our latest 3P management system for precise adjustment. 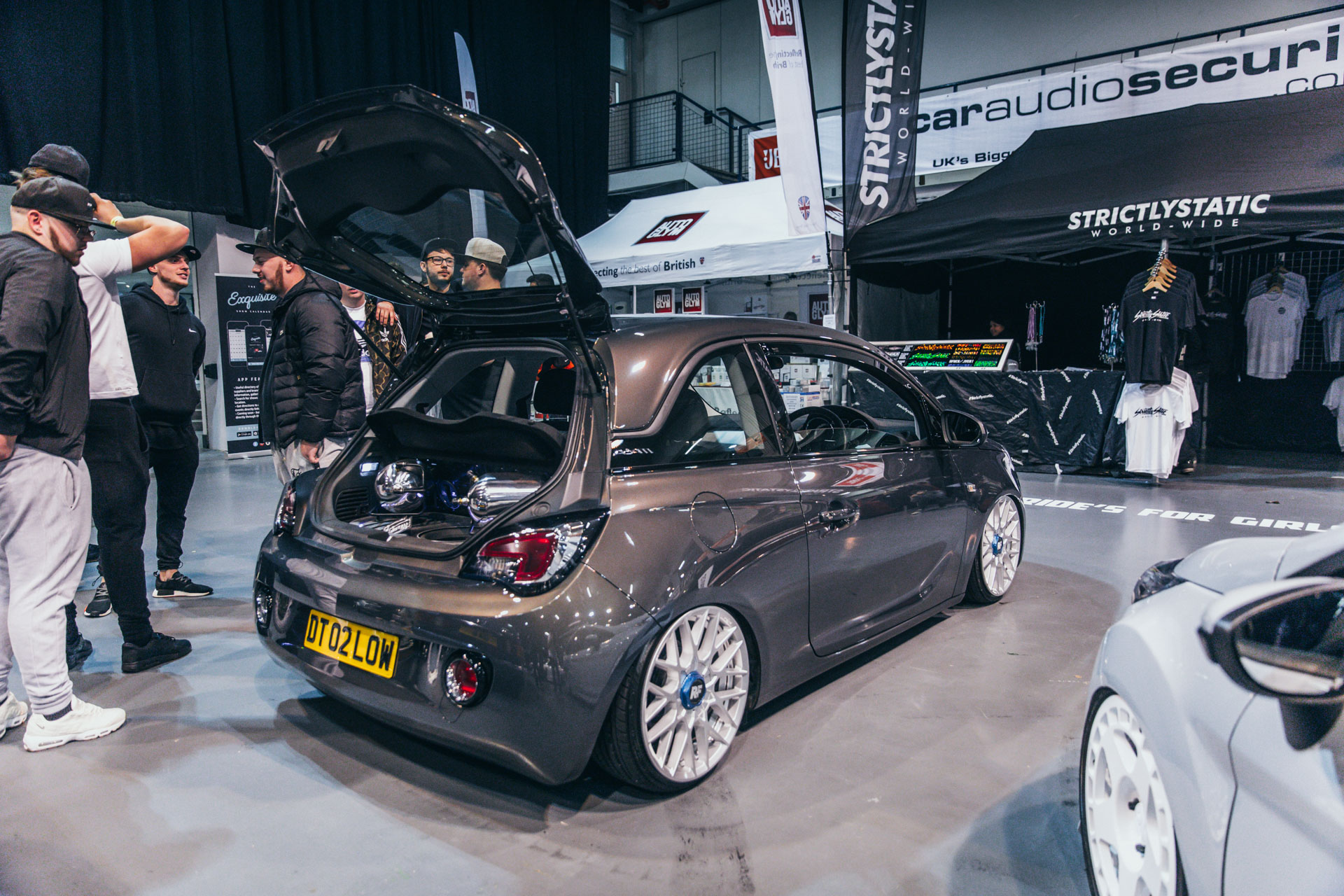 The finishing touch on the Adam is a set of cast Rotiform RSE wheels, finished in silver with a blue anodized center nut. Aired out and tucked into the arches, Dwane’s Vauxhall Adam looks hard as nails and it was awesome to have it debut on the Air Lift Performance stand @ Ultimate Dubs earlier this month. 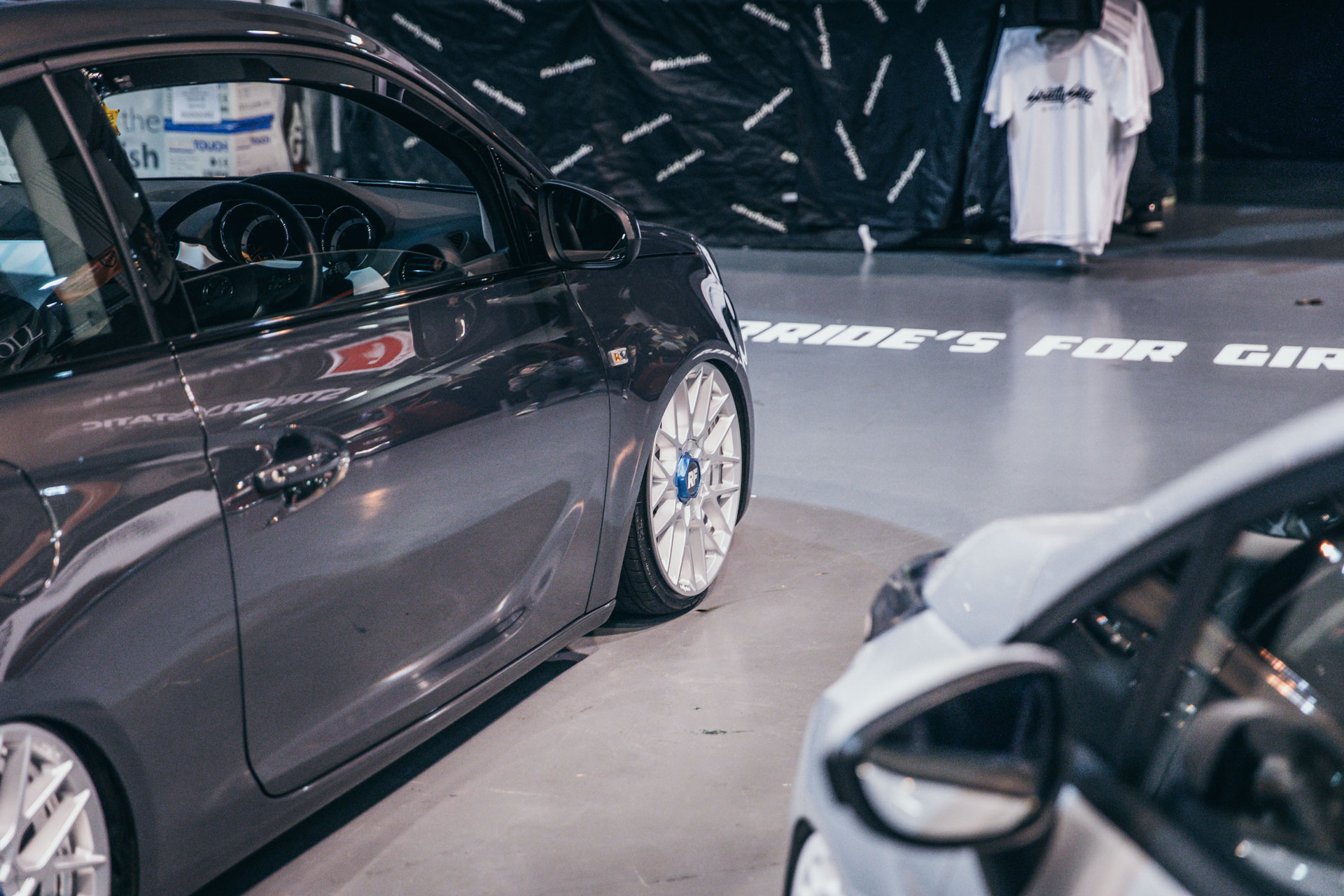 For more pictures of the build, check out Dwane’s Instagram feed here: https://www.instagram.com/dwxne__/